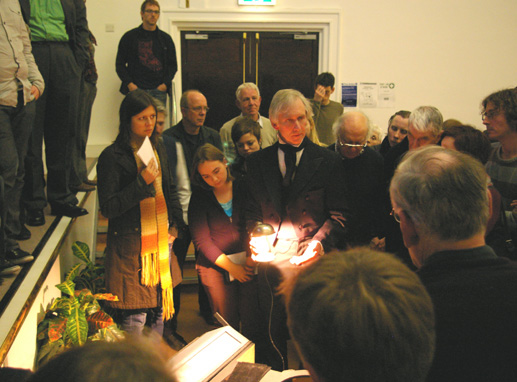 M Daguerre expands upon his exemplary career, from stage designer through inventor of the Diorama to discoverer of photography. In his celebrated retirement he creates one last Diorama painting for his local church, bringing together all the interests that have driven his explorations.